Legal Liability for Animals in Ireland

While the majority of fatal farm accidents in the last number of years were caused by machinery, deaths caused by animals also feature.

This is a reminder to farmers not only of the dangers but also the liabilities that are associated with stock.

The legal rules which cover liability for damage and injuries caused by animals are unusual in that they impose a ‘strict liability’ on the owner in many instances.

This means that the owner has no defence against a claim made by an affected person and may have to pat compensation whether intention is proved or not. 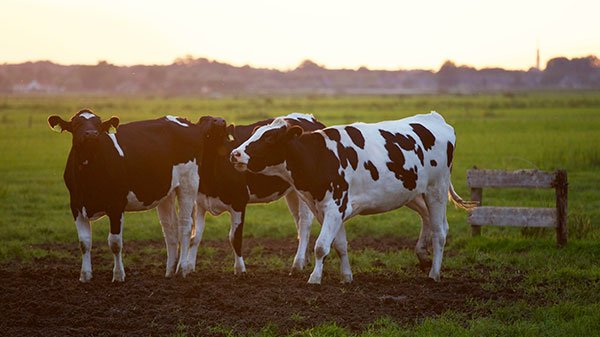 The Courts have made it clear that owners of animals causing a nuisance to a neighbour are again liable.

Examples include animals that are causing complaints because of noise or smell.

One unfortunate case featured a bee-keeper who kept 20 bee-hives near his neighbour’s hay shed until they swarmed and attacked the neighbour’s horse.

Landowners are allowed to use their land reasonably, but should bear in mind the effect that their animals may have on neighbours.

What is reasonable? The court, for example, may look at the size of the field to determine whether there are unreasonable numbers of animals being kept on the land.

Wild animals are kept at the owner’s risk and if they cause any damage, the owner is responsible for that damage.

For this rule to apply, an animal must belong to a ‘dangerous’ class of animals.

While this referred mainly to the likes of lions and tigers in the past, it is likely that the trend towards exotic pets like snakes, spiders and some species of dogs, will broaden the species that come under this category.

In the case of tame or domestic animals, which includes all farm animals bar dogs, the owner will only be liable for damage caused if the animal has a ‘mischievous’ tendency.

Mischievous was explained by the Court in a case where a sow attacked a cow.

Other tendencies like biting, kicking, goring and jumping on children are treated the same way. It is enough that the owner has simply heard about the mischievous tendency to be held liable.

Where an animal causes damage while in the possession of somebody other than the owner, the Courts have tended to hold the former liable.

For example, when a flock of sheep were killed by beagles during a hunt, the hunt organisers were held responsible for the killing of the sheep rather than the dog owners as they were in control of the beagles at the time of the incident.

It is also important to note that anyone who interferes with an animal may be considered the sole cause of the damage, alleviating the owner of any liability.

Dogs are treated differently to other animals. For instance, a dog’s owner is liable in the case of a dog injuring livestock, regardless of whether the dog was previously noted for mischievous tendencies.

However, there are exceptions to this. Where the livestock wander onto a dog owner’s land, spurring a dog to attack, the owner would not normally be liable.

One caveat to this is that a dog owner will be held responsible for injuries caused by dogs to human trespassers if they have been in any way negligent.

For this reason, it is always advisable to notify trespassers of the presence of a dog by clearly displaying a sign.

It is also interesting to note that where a barking dog frightens a foal that subsequently bolts and injures itself, the dog owner is not responsible.

If cattle stray into another person’s land the cattle owner will be liable for any damage caused.

However, if cattle cause damage while they are being driven on the public road, the owner will only be liable for the damage caused if they are in some way negligent in the course of driving the cattle.

Negligence in this case might be something like driving too many cattle at once or failing to have adequate help present to control the animals.

Animals on the road

The old rule that animals’ owners were not liable for damage and injury caused by those that stray out on the road no longer applies.

Instead, the owner must take reasonable care that damage is not caused by an animal straying onto the public road. So landowners need to ensure that their land is properly fenced.

An exception to this is land where fencing is not customary, such as upland common-age in the Animals Act 1985.

In general, the Courts have often taken the view that well-cared-for animals do not stray onto the road so onus on the animal’s owner to show that all reasonable precautions were taken to keep the animals off the road.