If you have received medical treatment that you believe may not have been appropriate or correct, we can help you. We have experience in investigating allegation of medical negligence and locating and instructing appropriate independent medical experts to review medical records. We understand that these cases can be extremely stressful and upsetting and aim to make the process as easy as possible. 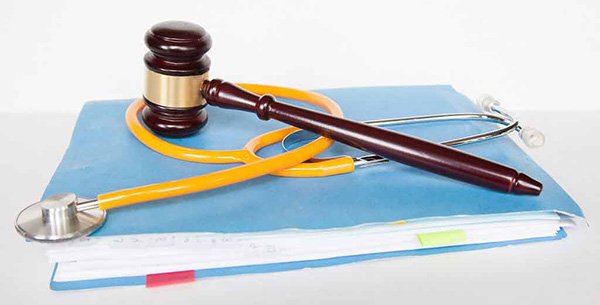 When we need medical treatment for ourselves or our loved ones we place enormous trust in the doctors, surgeons, dentists, nurses and all the other health professionals. Unfortunately, sometimes they can make mistakes with serious consequences.

If you or a member of your family has suffered as a result of poor care, our experienced team of medical negligence solicitors are here to give you the support and advice that you need at this difficult time.

Craig Lewis
Garry and the whole team have provided a fantastic service. We used Garry for Conveyancing on a property we were purchasing, he was very efficient, was able to push things along at a pace that suited us, and he managed any negotiations in a very professional manner, always with our best interests at heart. Fiona was also a great source of knowledge and always on hand to answer our questions. Ultimately, I was very happy with the service received and would highly recommend this business

Caitriona O brien
I highly recommend Lanigan Clarke solicitors. I talked with Garry Clarke he assisted all my queries an he was very helpful. I'm very happy with the advice I got much appreciated.

Ian Jinks
Lanigan Clarke Solicitors Letterkenny completed the conveyancing on my new holiday home in Portsalon Fanad. They were very professional and there were able to cope with the cross boarder issues perfectly well. I would recommend them. Ian

Claire Curran
Amanda and Sinead could not have provided a more professional and efficient service. Our purchasing house sale was not as straightforward as hoped but they helped us overcome every obstacle and hurdle put infront of us. Could not recommend high enough.

Megan Baxter
Great experience from start to finish, made our journey easier as first time buyers. No question was ever silly and Sinead always responded with all updates keeping us in the loop, highly recommend

Kevin O'Donnell
Very satisfied with my dealings with Lanigan Clarke during a recent house purchase. Will definitely use again

Graciela Quinn
Quick and professional service! Staff very friendly and supportive. Will use services when needed and will recommend services to friends. Thank you for your generous 'welcome into Ireland' discount. Much appreciated.

Stuart Elborn
This was quite a tricky transaction and the team went above and beyond including helping the vendors solicitor with some difficult issues. The whole team stayed in touch and executed the contract in a very professional way. Very pleased to recommend them to others.
Google rating score: 5 of 5, based on 148 reviews.

Things you Need to Know Before Starting a Medical Negligence Claim

In order to succeed in a clinical negligence case you need to prove:

-and that you suffered harm as a result

We will meet you and take a detailed statement from you and arrange to take up copies of your medical records. We have years of experience in choosing the best independent experts to review your case who will provide us with a report setting out at an early stage if we have evidence of substandard medical care. We appoint experts from Ireland and the UK depending on the area of care concerned.

At this stage we will advise you whether you have enough evidence to start a case for compensation.

We recognise that this is a difficult and stressful time for people and their families who are already dealing with the effects of the failed treatment or surgery. Our aim is to hold your hand throughout the process and ensure that you understand each step of the way. Although taking a medical negligence case to court can be a lengthy process our medical negligence solicitor will keep you fully informed of all developments.

Jane Lanigan, Aine Murray and our team of medical negligence solicitors have decades of experience handling cases for clients in Ireland in all areas of clinical negligence including:

We also advise clients on the following areas:

Please contact us to make an appointment to discuss your medical negligence concerns and let us help you decide on the best course of action.

Each case is different and requires individual care and attention. At Lanigan Clarke we are committed to giving each of our clients the best legal advice in a considerate and professional manner to achieve the best outcome.

How Do I Know If I Have a Medical Negligence Claims Case?

Below are some examples of successful cases. These examples may give you a better indication on whether or not you have a medical negligence case. Talk to our solicitors in Dublin on 01 531 3494 or 0749129110 in Letterkenny about your case.

Mrs D was in labour after an uneventful pregnancy, the baby measured “large for her dates”. Labour was long and did not progress so a syntocinon drip was put up. Later in the day the CTG was “suspicious” and the Obstetrician advised verbally to stop the infusion. There was some improvement on the CTG but later again further decellerations were evident.

There was a delay in the doctor returning to review the position and when he did return he decided to carry out a ventouse delivery. Unfortunately the baby had severe cerebral palsy as a result of significant deprivation of oxygen. The claim was ultimately settled on the basis that there was a failure to adequately monitor the baby and recognise signs of fetal distress as a result of a lack of communication between the medical and midwife teams.

Mr C had noticed some rectal bleeding and went to a doctor while on holidays who carried out a rectal examination and found polyps. Mr C was given a letter to take to his own GP but his own GP who knew Mr C suffered from Piles advised him to eat more fibre and avoid constipation and filed the letter from the first doctor. Over the following months he lost weights and was pale.

His blood indicated anaemia. He was finally referred to the cancer specialists who diagnosed bowel cancer. Due the late diagnosis he required very aggressive treatment and a removal of part of his colon and his prognosis was not good in the long term. He sued his GP and succeeded in obtaining compensation for the late diagnosis as his GP should have done his own examination following the letter and referred him to the cancer team earlier.

If you or a member of your family has suffered as a result of the late diagnosis of a medical condition because the treatment now required is longer and more unpleasant than it would have been had the condition been diagnosed in a timely manner or because it is now no longer treatable, you may have a claim for clinical negligence arising from this late diagnosis.

This can occur with cancer diagnoses but also with other areas of medicine such as meningitis, stroke, infections, orthopaedic conditions , cardiac ( Heart) conditions . If you would like to talk to us about a delayed diagnosis please contact our clinical negligence team on 074 9129110 and we will advise you and support you through the process.

Foreign body left behind after surgery

It can happen that members of the surgical team may leave behind surgical instruments, clips, staples, gauze sponges, needles or swabs in the patient’s body after surgery . These objects can cause problems for the patient some of which can be very serious. Further surgery may be required to remove these objects. In some cases irreparable damage has been done.

If you have been affected by a retained object after a surgical procedure you may have a claim for clinical negligence. Please contact our Clinical negligence team for further information and advice.

Miss P found a cosmetic surgery clinic abroad by searching the internet from Ireland. She found a clinic in central Europe who had testimonials from other Irish patients which reassured her. She travelled to the clinic having been in contact with them by phone and email to send photographs and other details along with a percentage of the price of the surgery.

She had the procedure but unfortunately the result was poor and she was advised by doctors in Ireland that she would require further surgery to correct the problem. She was able to sue the foreign clinic from Ireland because they had advertised their services to Irish people and therefor are subject to EU Consumer protection laws.

Mr T suffered when his pharmacist dispensed the incorrect amount of his medication causing a severe reaction which required hospital admission. We helped him to claim compensation from The Chemist for his injury.

What we charge for our local solicitor services

An early indication of cost can usually be given in advance. Give our office a call today to tell us the type of legal services you need.
Get a quote.